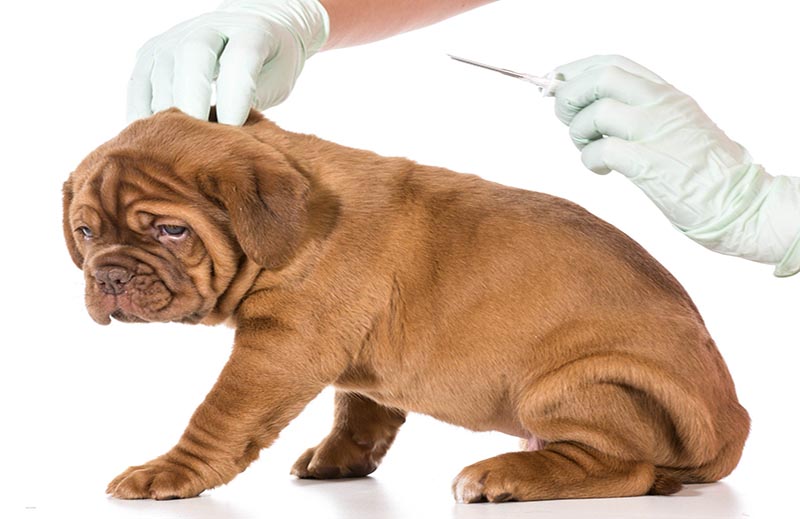 RFID microchip uses radio frequency identification (RFID) technology. RFID, as the name implies, uses radio waves as a medium to transmit information. An RFID tag stores data and, using electromagnetic forces for power, communicates that data to a device that interprets it. 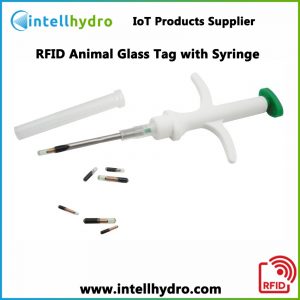 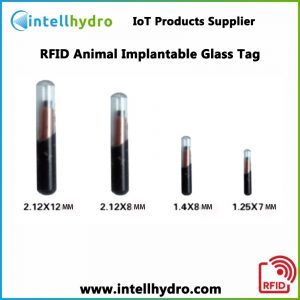 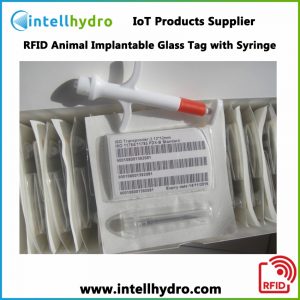 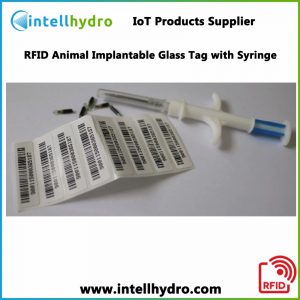 RFID microchip come in different forms. Microchips in animals don’t need to actively transmit information; they just hold information (a unique identification number for the pet). This type of tag, dubbed a passive RFID microchip, has no battery and no internal power source. Rather it sits completely inert in the animal, waiting to be read.

A RFID microchip capsule is roughly the size of a grain of rice and incorporates several components to help it do its job. First, the glass material that encapsulates the device is biocompatible. That means it’s not toxic and doesn’t hurt the animal’s body, so your pet won’t experience an allergic reaction to the device after implantation. Some versions of the microchip also include a cap made of polypropylene polymer to keep the chip from moving around once it’s inside the animal. The polymer works by encouraging connective tissue and other kinds of cells to form around the capsule to hold it in place [source: Identipet]. Although surgical removal of the device is difficult, microchips don’t expire or wear down. They’re good for the life span of the pet.

Inside the capsule, you’ll find the actual silicon microchip that holds the important information, as well as a tuning capacitor and an antenna coil. The capacitor receives power and sends it to the microchip. The microchip’s information can then be picked up through the antenna, which is a copper coil.

Because it has no internal power source, a RFID microchip like this needs a reader or scanner (also called an interrogator) to energize it [source: RFID Journal]. INTELLHYDRO will donate scanners or animal RFID readers to animal shelters. When set to the correct frequency, the scanner “interrogates” the microchip by invigorating the capacitor with electromagnetic power. When energized, the microchip capsule sends radio signals back to the scanner with the identification number. The scanner can then interpret the radio waves and display the identification number on an LCD screen (liquid crystal display screen).

Some pet owners are squeamish about idea of a microchip implant. You might worry that it will be a painful procedure for the animal. But it’s not. The procedure doesn’t even require anesthesia (though some vets use a local anesthetic). The pet won’t suffer at all from the implantation — or at least as little as one might suffer from a routine shot.

A veterinarian uses a hypodermic needle to implant the microchip, which is why the pain Fido or Fluffy feels is similar to pain of a vaccination shot. And many pet owners agree that the benefits of a microchip far outweigh the temporary discomfort during implantation. Even People for the Ethical Treatment of Animals (PETA) contends that the pain of the procedure for the animal is minimal compared to the consequences of it getting lost [source: Springen].
Certain state and local laws govern microchip implantation. Many of these laws specify that only a licensed veterinarian can implant microchips into animals.

The American Kennel Club Companion Animal Recovery group (AKCCAR) explains on its Web site what to expect when a vet implants a microchip. Before the vet does anything, he or she should use a microchip scanner to ensure the pet doesn’t already have an implant. If it does, that means the pet already has an owner to whom it needs to be returned.

When a veterinarian receives a microchip, the manufacturer has already encoded a unique identification number into the device. Typically, the microchip comes inside a needle and applicator in a bag with the identification number on the label. The AKCCAR needle includes a retractor handle that connects to the applicator for easy implantation. The vet gathers flesh between the shoulder blades of the animal, inserts the needle and pulls the retractor handle back. This simple action effectively releases the microchip, which stays in the pet permanently.

Although prices vary depending on the vet, a typical implantation costs between $25 and $65 (in addition to registration fees).

However, this implantation process alone only gives the pet a number, which is meaningless if the owner fails to register the pet. On the next page, we’ll find out how animal shelters use this number to find the pet’s owner.