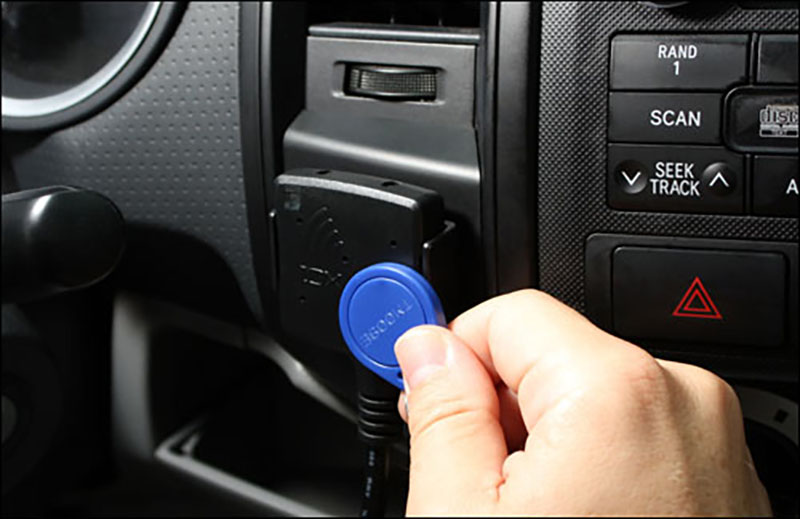 Geotab, a vehicle-telematics technology provider based in Oakville, Ontario, has released a Near Field Communication-based function for use with its fleet-management solution that allows users to track who is operating their vehicles. In addition, the system prevents unauthorized drivers from turning the ignition.

Many companies with large or small vehicle fleets have limited visibility into where those vehicles and their operators are located in real time, as well as the type of work each has performed. Geotab already offers technology to track a vehicle’s use and location, but now has added NFC functionality so that a driver can be linked to that data. By utilizing the NFC functionality, a company can determine whether the driver has followed proper safety procedures (such as remaining within a safe speed limit) and calculate productive (based on the amount of time during which the vehicle may be in motion). 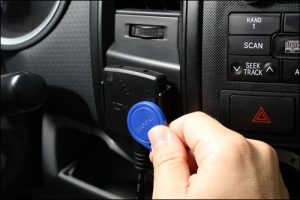 When installed in a vehicle, Geotab’s IOX-NFC RFID reader identifies the driver by means of a passive RFID tag embedded in a keyfob.

The system centers on Geotab’s GO6 device with built-in wireless communications, GPS and computer functions, that plugs into a vehicle’s on-board diagnostics (OBDII) port. It can provide data regarding a vehicle’s location via GPS, as well as speed, tire pressure, seatbelt usage, harsh braking, sharp corners, excessive acceleration and after-hours use, based on peripheral sensors plugged into the device. The GO6 can also produce audible alerts to notify drivers of unsafe or potentially risky driving behavior, and sensors can detect if an accident has occurred, after which the device’s software can transmit a message informing management of that event, via a cellular or satellite connection.

The IOX (Input-Output-Expander)-NFC reader—a peripheral device for linking a driver to the GO6—comes with a USB plug (to connect to the GO6 unit) and a bracket (to mount the reader to a vehicle’s dashboard). By using the NFC reader, manufactured by Geotab, users can not only obtain data indicating which driver is operating which particular vehicle, but also, in the event that an unauthorized NFC tag is utilized, include an immobilization relay to make it impossible to start a vehicle without approval. Software on the device then provides ratings for that driver in each of the areas measured, such as speed or hard braking.

With the NFC solution in place, upon climbing aboard a vehicle, a user first touches an NFC tag (typically built into a key fob) to the IOX-NFC reading device. The reader captures the tag’s ID number, which is linked to a specific driver in the GO6 software. If that ID is authorized, a light-emitting diode (LED) on the GO6 will flash green twice, and the ignition switch will become enabled.

The GO6 device then collects other sensor-based data about the vehicle’s operation and location, and forwards that information to a user’s back-end system or hosted server, linked to the driver’s unique ID number. Management can later pull up that individual’s ID and access analytic data indicating the amount of time he or she spent at the wheel, the percentage of that time that the vehicle was in motion, its location at any given time and how it was operated.

“We developed [the NFC] solution as a natural addition to our already comprehensive fleet-management solution as a value add-on,” says Maria Sotra, Geotab’s marketing manager. The technology, she notes, can help businesses manage their fleets if they have multiple drivers operating different vehicles.

“The solution not only makes it simple to identify where each driver is located,” Sotra states, but also how he or she is driving—and, ultimately, that individual’s history related to productivity, safety and compliance.

By using the technology with NFC functionality, Sotra explains, companies can identify which employees require improvement in their driving behavior. They can then retrain those workers in order to reduce the potential for accidents, as well as any costs that could be caused by the excessive use of fuel and a vehicle’s wear and tear.

Before releasing the technology on July 15, Sotra reports, the company piloted the system with more than 20 resellers and customers, in order to gain their feedback.

Geotab introduced its first driver ID solution in 1997. In 2008, the company offered an RFID tag reader for use with the system on large school bus fleets.