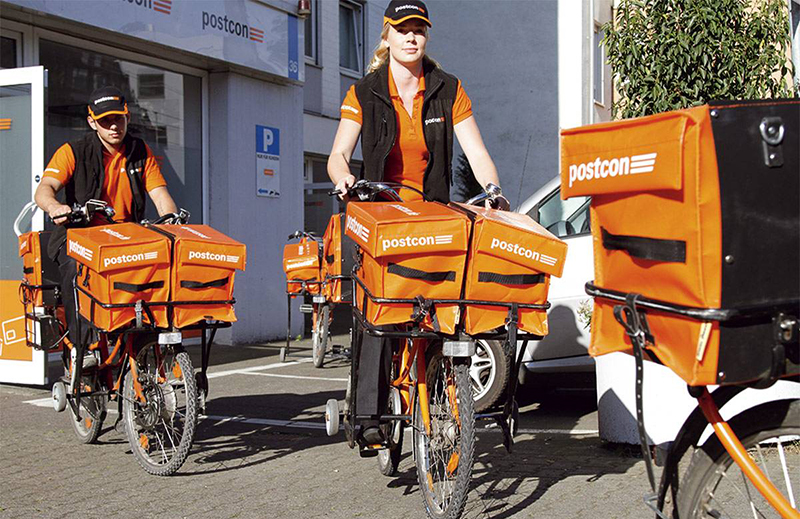 Postcon is employing UHF RFID, as well as cellular- and GPS-based location technologies, to improve the flow of mail as it is processed and delivered. The German mail-delivery company has found a way to measure and improve the efficiency of its sortation and delivery services, by tracking individual letters from the time they are mailed until they reach their destination.

For more than a decade, the delivery company has applied passive UHF RFID tags to many of its letters and has used reader gates at key locations to monitor those letters’ movements at two sortation sites. More recently, an active cellular Kizy tracker has provided GSM cellular and Wi-Fi-based data throughout the entire transit of a letter, from shipper to recipient. The track-and-trace location data is managed by a cloud-based software platform provided by Spectos.

Postcon, a private postal carrier that delivers more than a billion letters and small packages annually, is Germany’s second largest mail carrier. The company operates 10 mail-sortation centers and employs 1,200 mail carriers throughout the Rhineland and Ruhr areas. It works with 120 regional mail-delivery partners, all members of what it calls its Mail Alliance network. Postcon has been working with Spectos for more than 15 years, first with a passive UHF RFID solution, and now with the addition of the Kizy tracking solution, to gain visibility into the entire transit history of individual mail items.

Spectos is a Dresden, Germany-based data-analytics provider that develops and operates comprehensive RFID solutions, including RFID readers, tags, software, databases and cloud-based platforms. It has operated for 17 years, serving the logistics, health-care, and urban and public services industries, among others, with solutions and services. The company purchased Kizy Tracking SA last year, adding Kizy’s cellular-tracking solution to its existing portfolio of technology solutions.

For Postcon, Spectos first installed RFID reader gates and antennas at Postcon’s sortation sites. It attached UHF RFID adhesive tags to letters that were then tracked as they moved through sortation. In some cases, Spectos equipped participating recipients’ mailboxes with RFID reading devices known as Last Mile Units. In the meantime, Postcon is using the third generation of reader gates provided by Spectos, utilizing reader hardware from a variety of manufacturers.

Spectos’ software captured and managed the data on a cloud-based server, then provided that information to Postcon in the form of a dashboard and analytics reports. “With an RFID measuring chain, the optimization potential can be identified very precisely,” says Markus Zubke, Postcon’s quality manager. RFID data alone, however, does not provide a view into what happens to mail outside reader coverage areas. As such, says Niels Delater, Kizy’s CEO, “It is not possible to determine where an error in the process chain has occurred. So that’s where Kizy comes in.”

With a real-time location system, Postcon wanted to track the locations of letters between sites, including throughout the entire delivery route, and to thereby identify bottlenecks and situations in which mail may be misrouted. Spectos supplied its Real-time Performance Management suite, Delater says, which captures data regarding the movements of sample mail items transmitted by Kizy’s cellular-based tracker.

The tracker is a credit card-sized, battery-powered device with a cellular connection, a GSM and Wi-Fi unit, and a built-in battery that lasts for up to one year based on usage. It weighs 47 grams (1.7 ounces), measures 8 millimeters (0.3 inch) in thickness and can typically identify its location within about 10 meters (33 feet). Spectos first inserts the trackers into standard, manila-sized mail envelopes. The trackers are difficult for postal workers to identify and do not disrupt the sortation equipment in any way, the company claims. The unique ID number of each piece of mail is stored in the Spectos software, and the device is set to transmit every 15 minutes with its own ID number, along with its GSM and Wi-Fi-based location.

As each letter moves through sortation and hubs before being delivered, its location is captured and transmitted via the local cell network, and its movements can be viewed in the software. Postcon can utilize that data to understand where delays occur and if any routes need to be optimized. In that way, the company can monitor the movements of mail handled by its own staff, as well as by contractors in other cities or countries.

Typically, Postcon has about 500 Kizy trackers in use at any given time, though Spectos owns a total of about 2,000 that are used to monitor Postcon processes. Since the Kizy system was taken live last year, the postal carrier has gained visibility that allows it to better identify and understand the circumstances leading to delays. For instance, the solution can identify when a piece of mail is idling in the sortation center longer than expected. It can also identify misrouting by comparing the location data captured from the tracker against the expected route for a specific piece of mail. “Exactly when and where it was misrouted can be detected with the Kizy tracker,” Delater states.

The tracker battery can operate for up to three or four weeks when transmitting every 15 minutes, though mail is typically delivered within just a few days. The frequency of transmissions can be modified over the air, Delater notes, for shorter tracking intervals or if a longer battery life is needed. When a tracker reaches its destination, a trained participant removes it from the letter and sends it back to Spectos for reuse.

By helping the company to detect if a letter is being misrouted, such as if it is being prepared for loading onto a truck that is not destined for the letter’s delivery address, the system can prevent time-consuming errors, Postcon explains. For instance, if mail is misrouted, it often ends up at the wrong destination and must then be sent back to the hub for rerouting.

Postcon is not yet receiving alerts when an incorrect route is detected for a particular piece of mail, but it intends to use the software for that purpose in the future. In the meantime, analytics will help it to identify the sortation efficiency at each of its centers, as well as its contractors’ efficiency and accuracy. The long-term goal is to permanently monitor the network, Delater says, by tracking sample items. For now, Postcon and Spectos will continue to build out their RFID reader infrastructure at sortation sites, tracking the efficiency of specific process machines. “We are looking forward to this next step,” Zubke says, “and to the new control functionality that results.”

Other companies are using Kizy trackers to monitor the movements of goods in the supply chain, including shipments that travel across the world. The trackers can be attached to pallets, for instance, and an alert can be issued if any given tracker goes off its expected route. 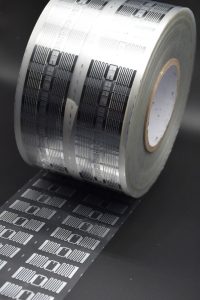